Entrepreneurs From Across Liverpool City Region Gathered For Start Up Conference

Last week, Enterprise Hub partner; The Women’s Organisation hosted a Business Start Up Conference for budding entrepreneurs across Liverpool City Region. Over 30 individuals attended the conference to hear all about the support that Enterprise Hub can offer them. 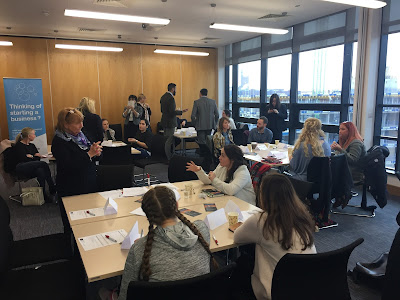 We were joined by our event sponsors, Nick Bell from StartUp Direct and Lee Brooks from World Pay. Nick told the entrepreneurs all about their loan scheme that they can offer to businesses who need a helping hand financially to get started. And Lee let everyone know about World Pay’s great technology for payment that many of the entrepreneurs may need to invest in when they are up and running.

As well as this Enterprise Hub invited Florentyna Sidery to speak about the support that The Women’s Organisation had given her when starting her business Florentyna Designs. Asking business owners who have received support from Enterprise Hub to speak was a great way for the individuals attending the conference to hear first-hand about the support that they too, can receive.

Our Training Coordinator; Bernie Cox talked to the attendees all about the characteristics of an entrepreneur, thinking outside of the box being one of them! Splitting the attendees into small groups and asking them to think of all the possible uses for the cardboard box that they had been given. 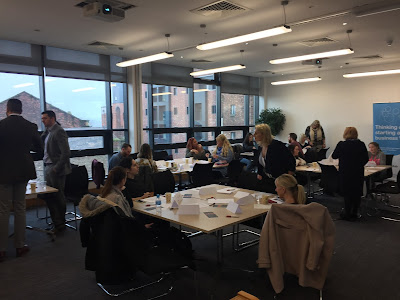 And of course, as always there was time for a little networking. Even though our guests hadn’t yet started their businesses, they knew that it was never too soon to start networking and getting the word out there about what they intend to do! Following on from the Start Up Conference, everyone that was in attendance and was eligible for Enterprise Hub support will be paired up with an Enterprise Hub partner and begin working on turning their dreams of starting a business, into a reality! 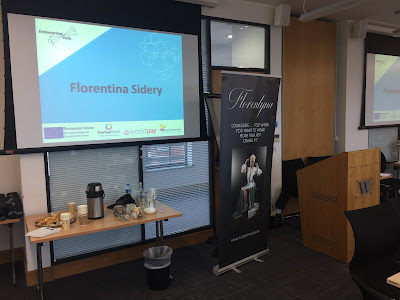 Thank you to everyone who attended the event, and a special thank you to our event sponsors; Start Up Direct and World Pay and our guest speaker; Florentyna.

If you have an idea for a business, then contact Enterprise Hub to find out about the free advice and support available on 0151 706 8113 or enterprisehub@thewo.org.uk

Posted by The Women's Organisation at 05:16 No comments:

Do's And Don'ts For Start Ups

Do it because you want to: Some of the most successful businesses started out from somebody’s passion. If you truly want it, your business is much more likely to succeed.

Do ask for help: There is a wealth of support around you that you can tap into. Ask those around you what they think of your idea, whether it is family, friends, work colleagues or someone you know from the shops... All of their opinions are valuable. There is also business start-up support available through organisations such as Enterprise Hub

Do trust yourself: In the business start-up process, it is inevitable that everyone will want to offer their opinion and advice, which is helpful but it all comes down to what you believe is best for the business. Trust your instincts, they’ve got you this far right?  Differentiate between those whose opinions will be loaded with bias (e.g. family who will want you to succeed) versus impartial advice, and those who are experienced and qualified versus those who are basing advice on their gut feeling.

Do work together: Networking and making connections is very valuable for any business. If you find complimentary businesses then opportunities for partnership work and cross promotion will appear. 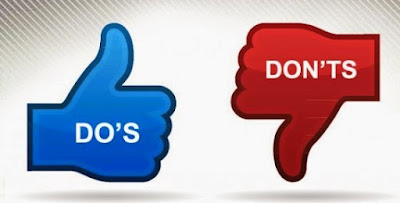 Don’t assume: Just because you have a great product or service that you know people will want, don’t assume that customers will instantly find you. Have a clear plan of how you will reach your customers.

Don’t do everything: No one is good at everything and starting up a business is time consuming, so you certainly don’t have time to do everything. Utilise your skills and recognise your weaknesses so you can identify ways to fill the gaps.

Don’t get left behind: Nothing is slow in business, markets move very quickly and customers’ needs and buying habits change even faster. Keep ahead of your market by regularly conducting fresh market research.

Don’t give up: Your business plan is what it says it is; a plan. It is there to guide you in the right direction but you are the one who has to choose the way. Try something and if it doesn’t work, try doing it a different way. It’s important not to give up the first time something doesn’t go to plan. The most successful businesses are able to adapt and predict their next move.

Don’t rush: Reaching customers and generating regular sales takes time. Spend time building up your business and your customer base. It is better to perfect your approach than rush ahead with one that doesn’t work, that will only alienate potential customers.

Don’t forget to have fun: Running a business can be difficult, but it can also be enjoyable if done right. Give yourself a competitive advantage by being happy.

If you live Liverpool City Region and you are thinking of starting a business, free support is available from Enterprise Hub to help you get starting. Get in touch via enterprisehub@thewo.org.uk or 0151 706 8111

Posted by The Women's Organisation at 04:13 No comments:

Local Croxteth man Yoane Belami has kicked off the New Year by starting up his own new business, Mr Luxe Collections.

Yoane first approached Alt Valley Community Trust in September last year about the possibility of helping him put his Business Plan together with a view to submitting a Start Up Loan application to the Start Up Loan Company.

Through a combination of specific workshops which covered the Start Up process, digital marketing, Business Planning and Selling Techniques, as well as through bespoke one-to-one sessions, the Advisors at Alt Valley Trust have helped Yoane with his successful application for the necessary Start Up Loan funding, via Start Up Direct.

Alt Valley Trust are one of the delivery Partners of the Enterprise Hub Business Start Up programme covering the whole Liverpool City Region.

“I’ve had my business idea for a while now and had already started putting a business plan together; but I admit I was struggling to get it into a shape which was realistic and ready for the start up funding I needed.

“From the moment I registered my interest with the Alt Valley team I have found them to be a really useful source of all the information I needed to put together a viable Business Plan and associated cash flow forecast. The Start Up Loan Company needed both of those in order to assess whether they would lend me the start-up funds.

The workshops they run are really good and very down to earth and practical; and there’s always an Advisor on hand if I need to query something.”

“ It’s great to see local people like Yoane bringing his business idea to fruition; his was the perfect example of needing to modify his Business Plan and Cash Flow forecast to reflect his own circumstances, resulting in a successful Start Up Loan application. In addition we were able to provide as much knowledge and information as he needed in order to ensure his business gets off to a great start.”

The Enterprise Hub Business Start Up programme runs until the end of 2018 and people thinking about starting up on their own or forming a company can access a huge range of start up support designed to give their business the best possible chance of success.

Posted by The Women's Organisation at 08:10 No comments: 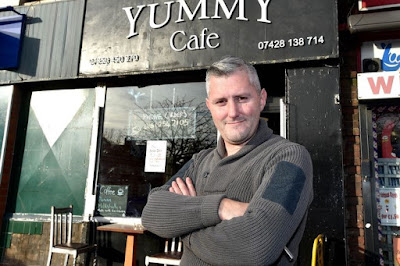 Posted by The Women's Organisation at 08:07 No comments: