Have you ever thought about starting something as exciting as a radio station? For local entrepreneur Sean Saunders, that is exactly what he is doing.

Crosby-based Sean has been doing radio for over twenty years, from hospital radio, to community radio, working his way up the radio hierarchy.  In recent years, local radio stations have ceased to exist as they once did, and so Sean had an idea… why not start his own station? 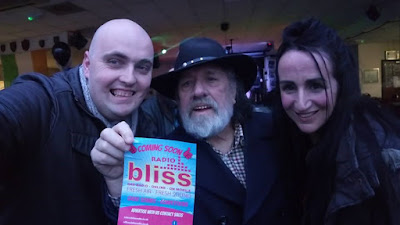 After weeks of leafleting and chatting to people in the street, it became clear that interest in having a radio station that covered the Crosby and Waterloo areas was high. ‘There’s a big gap between Liverpool and Southport’, according to Sean and market research showed his idea was a solid one.

With the support to back up his ideas, Sean approached the ERDF-funded Enterprise Hub Project at Alt Valley Community Trust. There, he learned how to do the business planning and financial forecasting aspects of his new venture, Bliss Radio, with the help of John Mathias, business advisor at AVCT.

From here, Bliss Radio has snowballed, and gained its own momentum. Mark Snaylam, a financial consultant, joined the team to take on marketing and sales, and a loyal following has already gathered, eagerly awaiting the launch date of the new radio station. ‘You can only do the radio after you have the listeners’, said Sean, and that is exactly what they have been doing over the past few months, drumming up support through social media, leafleting, relentless promotion, and connections with other local names – Ricky Tomlinson is a big supporter of the project, too!

Bliss Radio will see an eclectic variety of music and shows, with presenters such as former Radio City DJs Paul Leckie and Greg Crawford, ex-Juice FM DJ Denny Dowd, and Paul Bleasdale, who previously DJ’ed for Cream. There will also be opportunities such as Bliss Radio School, giving people a chance to gain experience and learn radio skills, and Bliss Discos, which would see the Bliss team providing music at different events around the city.
Sean and the rest of Bliss Radio have recently received the brilliant news that they have won £25,000 in funding through BFS (Bibby Financial Services), which John from AVCT pointed them in the direction of. From here, they have acquired new premises in Crosby Village in a new development of units, a contract with DAB operators, and licencing – it’s not long now until Bliss Radio is on the airwaves, covering the North West and North Wales!

‘It’s about using different experiences and bringing them together to make it work’, said Sean. Bliss Radio’s journey shows that with determination and passion, ideas can become reality.

If like Sean you have a business idea you would like to get off the ground with help from Enterprise Hub, get in touch via 0151 706 8113 or enterprisehub@thewo.org.uk

Posted by The Women's Organisation at 04:15