From creative outlet to landing a book deal, Caz Finlay is writing her own future 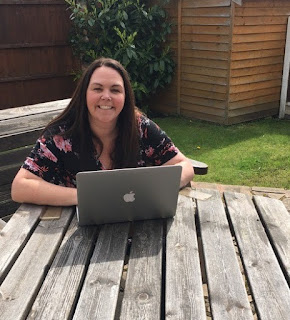 With a novel nearly three years in the planning, it wasn’t until recently that Caz Finlay switched on to the possibilities of turning her creative outlet into a fully-fledged business. Today, Caz has a Harper Collins book deal under her belt and is about to launch her debut novel, “The Boss”.

Approaching Enterprise Hub, Caz received the business advice and training, alongside support from the project’s community partners Writing on the Wall, to realise the potential and become self-employed.

As WoWFEST 2019 gets underway this month, we thought it was the perfect opportunity to sit down with Caz to find out where it all began and what her journey to becoming self-employed looked like…

Tell us about your novel – what’s it all about and what’s the inspiration behind your work?

The Boss is a gangland crime thriller set in Liverpool. He’s inside. She’s running the family. But now he’s back and only one can boss the streets of Liverpool. Ultimately, it’s a story about family, loss and betrayal.

My inspiration for writing The Boss, was undoubtedly my beautiful baby boy, Finlay, and I use his name as my pen name as a tribute to him. It sounds odd to say that a tiny baby inspired me to write a gangland thriller, but he did. We found out Finlay was ill at my 20 week scan. He had a condition called Congenital Diaphragmatic Hernia (CDH) which meant that his diaphragm hadn’t fully formed, resulting in some of his organs moving up into his chest and restricting his lung growth. Like all babies with CDH, he was given a 50% chance of survival.

Finlay was born on 11th August 2016. Although he was a whopping 10lb 14oz and initially seemed to be doing well, he died just over two days later at Liverpool Women’s Hospital. The days after his death passed in a blur. There was nothing quite as surreal as walking out of that maternity ward with no baby and knowing that he would never come home. I really don’t know how me and my husband functioned, except that we had to maintain some normality for our other son, Jude, who was two and a half at the time.

It was the day after Finlay’s funeral, and Jude was in nursery for the day. I was trying to keep myself occupied and decided to have a bit of a clear out. I found my old laptop in a box in our conservatory. It was the one I’d used to do my degree but it had stopped working properly and I’d intended on throwing it out. I turned it on and it seemed to spring to life. It had never been the fastest of machines even when it did work, so I was startled. It even connected to our wifi – something that had always taken at least a dozen attempts. At that moment I just remember thinking to myself, I’m going to write a novel. And so I did. 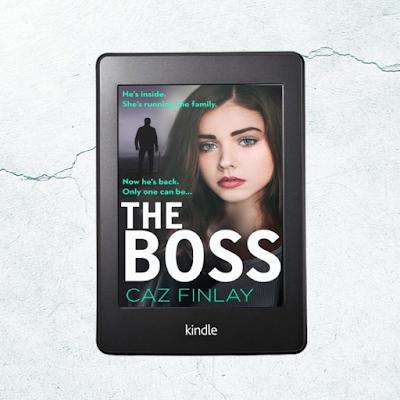 Once the idea came to you, what did the writing process look like?

It took me 45 days to write the first draft of The Boss. I used to love writing when I was a teenager and although I hadn’t written anything fictional since I studied English at A Level, it felt like it came back very naturally to me. It started with one paragraph from the middle of the book, which is still my favourite now, and just went from there. I read somewhere once that you should set your characters free and chase them to the end of every page, and that’s exactly what I did.

I started out with a vague idea and the more I wrote, the more ideas started coming to me. I’ve always been a big daydreamer and I discovered that writing is the perfect creative outlet for these. Writing that novel got me through one of the most difficult periods of my life. At first, I wrote it for myself, just to keep my overactive brain occupied. But once I’d finished, and some friends of mine had read it, I started to hope that I might one day get it published. My goal was to see my book in print – with Finlay’s name on the dedication page. So, even though very few people met him, lots of people would know who he was. It might sound strange, but it was almost like that would give his death some sort of meaning.

Securing a book deal was a major achievement and turning point in your journey to becoming self-employed – tell us how it happened and what got the ball rolling?

I was about ready to shelve The Boss when I went to a book signing event at Liverpool Waterstones – a night that changed my life. I’d been editing and submitting to agents for over a year, with little success. I’d decided that I might try my hand at writing something in a different genre, particularly as a few agents had told me that the gangland genre was too hard to break into.

My friend invited me along to a Kimberley Chambers book signing. Kimberley is huge in the gangland genre and regularly tops the bestseller lists. I thought maybe she might have some advice for a newbie like me. The event was great, and at the end, while everyone else was queuing to get their books signed, I spotted Kimberley’s publisher standing on her own. I decided to approach her and see if she had any advice. She was lovely and asked me what my book was about. I told her and was gobsmacked when she asked me to send it to her. I remember her giving me her email address and making me swear I wouldn’t pass it onto anyone as she didn’t usually give it out. I held onto it like it was a winning lottery ticket. She told me that she never usually asked for unsolicited submissions, and I don’t know why she took a chance on me, but I’m so glad she did. Less than eight months later, and on the day after the anniversary of my son, Finlay’s death, she offered me a two-book deal with Killer Reads, an imprint of Harper Collins. Needless to say, I couldn’t reply fast enough.

You still work full-time alongside being an author – do you think this impacts on your writing?

That’s right, I’m a senior probation officer and I still do this full time alongside writing. Although I have a dream of being a full-time writer one day, I could never imagine leaving probation entirely. It’s such a rewarding career and I work with some fantastic colleagues who are incredibly dedicated to helping people change their lives.

Because of my role, people often ask me if it’s based on anyone I’ve ever met, or any real life events. But it’s honestly not. I think I’m more influenced by the gangster films I used to watch at my grandparent’s house when I was teenager, and the books I used to love read back then too, by authors such as Martina Cole. Even now I still love a good gangster film, and thrillers are my usual go-to read.

My professional background and Criminal Justice degree does help me with my writing via my knowledge of the criminal justice system and how the different components work together. In The Boss, one of the characters is released on licence to probation, so I knew exactly what would be required of him. In the book I’m writing now, my main character visits someone in prison, so the fact that I have seen the inside of many prisons in my time as a probation officer was very helpful in writing this scene.

You’ve been working with Enterprise Hub’s business advisor, Jo Mountfort, to make the leap into becoming self-employed - how instrumental has this support been in your journey?

Jo has been an incredible source of support. She is so positive and enthusiastic about The Women’s Organisaiton and the work they do through the Enterprise Hub programme, it’s always a pleasure to work with her. I feel like she genuinely believes in me and that makes me feel really enthusiastic and positive about the future too.

She has been particularly helpful discussing branding with me and helping me with the social media and publicity side of things, using her connections to put me in touch with the right people. She always lets me know when there is a course or event which she thinks might be useful to me too.

Having always been employed by someone, I’ve never completed a self-assessment tax return before, so that will be a challenge to overcome next year. Luckily, I have a friend who can help me through the first one and there are also courses I can attend through the Enterprise Hub programme to give me the tools I need.

Tell us about the work you did with our partners, Writing on the Wall – what work did you do with them and how have they helped you along the way?

When I enrolled on the Enterprise Hub programme they linked me up with their partners Writing on the Wall, to see how they could help me develop the business from a writer’s perspective. I had a few sessions with WoW and were particularly helpful in advising me about the best ways to utilise social media and develop my online presence.

They also talked me through possible ways I might use my writing to develop my business further which is something I’m keen to do in the future.

What would your advice be to someone looking to set up a business, based on your experiences and the things you have learned along the way?

This is a difficult one, as I don’t feel like I’ve set up a business in the same way someone might go about setting up a coffee shop, for example. For me, I didn’t think about setting up a business at all until very recently, I just wrote a book. But one piece of advice I would give any friend would be to get in touch with the Enterprise Hub. They are so good at what they do and their belief, expertise and support makes all the difference.

Needless to say, the last three years have been a whirlwind for you, what does the future hold?

I’ve just submitted the first draft of my second book, which is due out in June 2020. After this, ideally I’d love to get a further book deal with Harper Collins. I have so many ideas for books, and sometimes find it difficult to focus on one at a time as other ideas keep popping into my head.

In the future, I’d love to do more with my writing. If I could help others somehow, that would be amazing. Writing helped me thought such a difficult time in my life, and so many people have stories of their own to telI, I’d love to be able to help people do that.

The Boss is out on Friday 7th June and is available to pre-order now by clicking here.

You can find out more via Caz’s website at www.cazfinlay.com and you can find her as @cjfinlaywriter on Twitter. Caz can also be contacted directly on cazjfinlay@gmail.com.

Posted by The Women's Organisation at 05:09